Selling a Superyacht: One of the Best Deal in Donald Trump Life

When Trump is under pressure, he tries to find a moment of leisure. And for Trump, fun is business. Like the time he did one of his best deals, selling a boat. And what a boat! We’re talking about Nabila, also know as Kingdom 5KR. Back in 1989, it was the most famous yacht in the world that he bought for less than $30 million. And he sold it for 59 million after one year.

Trump and the deal of life: selling a superyacht

Nabila was an 86 meters (282 feet) long superyacht, launched by the Benetti shipyards in Viareggio in 1979, and was owned by Adnan Khashoggi, Saudi oil tycoon, a former lover of the Italian actress Lory Del Santo.

Del Santo was then very famous in Italy for her sexy appearance in the film “Viva la foca”, which caused a scandal after two weeks of programming due to the impudent allusion of the title. Khashoggi gave the beautiful Lory a diamond worth several million dollars for a night of love.

But Khashoggi fell into disgrace in 1988 (not because of Lori Del Santo) and gave Nabila in a pledge to the Sultan of Brunei. Trump recognize the business. The sultan didn’t know what to do with that superyacht for rich Westerners, so when Trump offered him $29 million to the sultan it didn’t seem real to get rid of it.

Do you know the 25 biggest yachts in the world?

The Nabila becomes a casino

The future President of the United States, on the other hand, knew what to do with Nabila, immediately renamed Trump Princess. He turned it into a floating casinò where guests could rest in the fabulous eleven exclusive suites. On board they can enjoy game of chemin de fer, a swim in the pool and a cocktail Martini with olives, a holistic massage.

He sells it and makes 30 million dollars

But not even a year passes that another tycoon arrives, the Saudi Emir Al-Walid bin Talal who wanted, immediately, a superyacht to host his family. What better than Trump Princess? Trump asked $70 million, the Arab Sultan got into a bargain. In the end, the yacht was for $59 million with a net gain of 30 million. One of the best deals of his life he declared years later. He hardly ever set foot on that boat. 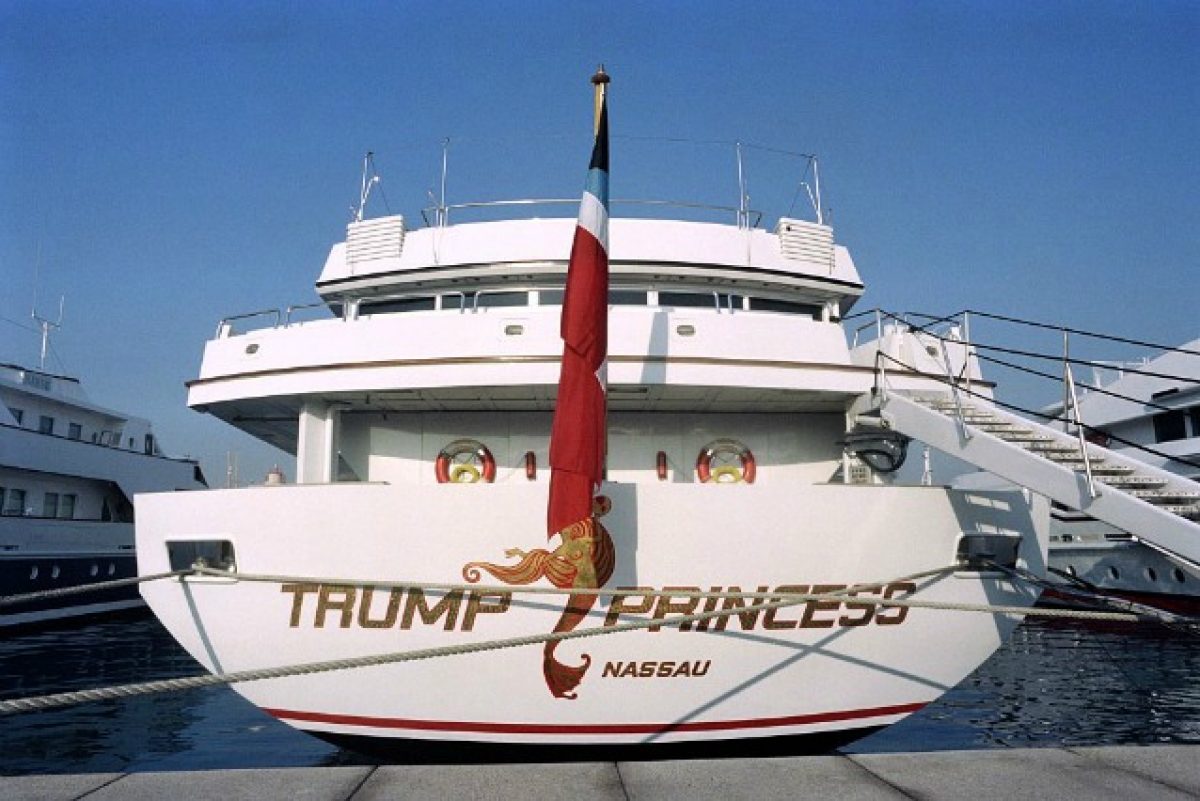 What a boat is the Trump Princess

The boat in question, 86 meters long, is now called Kingdom 5KR. It was designed in 1977 by the most famous superyacht architect of the time, the Australian John Bannemberg. Steel hull with aluminum superstructures and hull with a bulb to counterbalance it so it doesn’t roll. It has five decks and on top, there is the heliport

It is powered by two Northar Polar 16 cylinder engines of 3,000 horsepower each, reaching 18 knots. Thanks to 618,250 liters of fuel it has a range of over 7,200 miles. With a full tank, it comes and goes from the Atlantic without refueling. The interior was designed by Italian architect Luigi Sturchio. At the time of launch, it could take 22 guests and 52 crew members.

The interior layout includes 11 cabins for guests, including the owner’s cabin, in addition to those for the 52 crew.

There is a hospital area with an operating room and CT scan, cinema, two lounges, one of which is used as a disco, dining room, two kitchens, pastry shop, enough space for storing food to survive 100 people for three months, video games room and an external deck – the upper one towards the bow – entirely reserved for the owner with swimming pool and lift (with crystal dome) that connects directly to the owner’s cabin located two decks below, with private lounge, sauna, and Turkish bath.

To stay updated on all the news on boating, selected by our editorial staff, subscribe to the newsletter of Barche a Motore! Just click on the link below, accept the Privacy Policy and click on the “Subscribe me” button. You will receive in your email, twice a week, the best news about motorboats in English! It’s free and you can unsubscribe at any time, without obligation! CLICK HERE

2 thoughts on “Selling a Superyacht: One of the Best Deal in Donald Trump Life”