How to take care of your diesel engine

The combustion cycle of a diesel engine is simple. It consists of four phases, which have the task of transforming the thermal energy, supplied by diesel oil and air, into mechanical energy. It is worth pointing out that the diesel engine, like all internal combustion engines, is very inefficient, because in the four phases of its cycle, only one produces mechanical energy useful for moving, while the other three absorb the energy. However, let’s see in detail the four parts.

The combustion cycle of a diesel engine 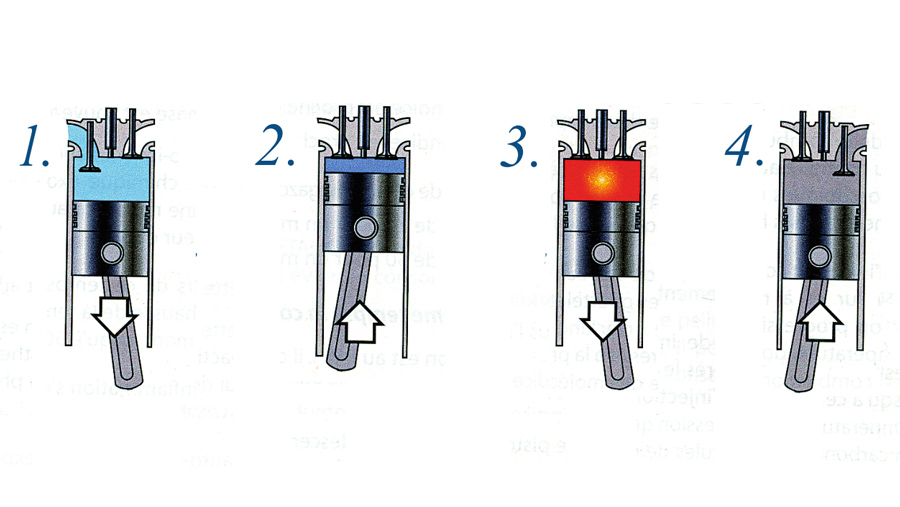 Intake valves open to allow air to enter. The piston goes from the upper dead center (PMS) to the lower dead center (PMI), during this journey the connecting rod makes 1 stroke and the crank rotates 180°. As they descend, they create a strong depression in the combustion chamber; thanks to this depression and the insertion of fuel by an injector, the chamber fills up.

The valves close and the piston rises compressing the fuel inside the combustion chamber. In diesel engines the pressures reached at the end of this phase are higher than those of spark ignition engines to allow the self-ignition of the mixture.

In diesel engines, ignition occurs spontaneously due to the high temperature and pressure formed at the end of compression. After combustion, gases at very high pressure and temperature have formed inside the chamber, pushing the piston down to the PMI. Since all the pistons are connected to each other through the crankshaft, while one goes up the other goes down, and the mechanism goes forward.

The piston, which has fallen due to the combustion of the fuel, rises, expelling the gases through the opening of the exhaust valves, which evacuate the gas from the cylinder, preparing it for a new cycle. The combustion residues are introduced into the exhaust manifold, connected to the exhaust system: muffler and possibly the silencer. 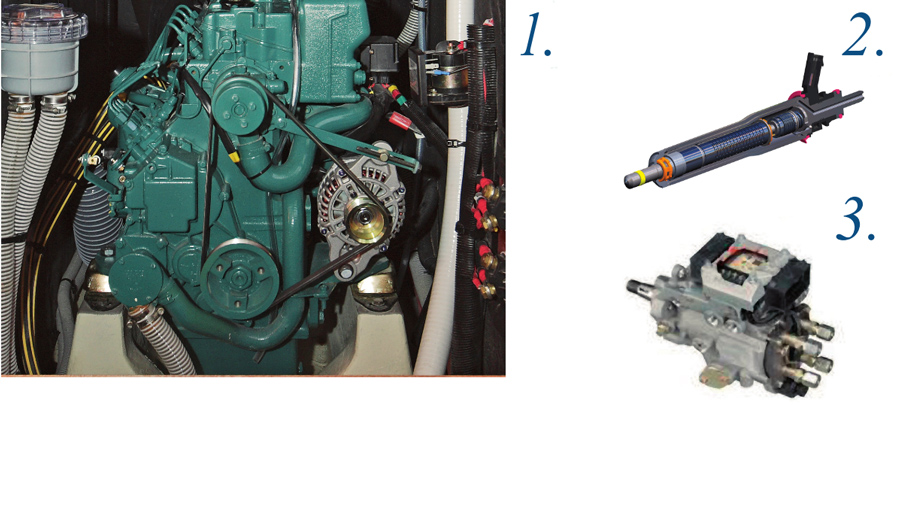 It is located at the end of the crankshaft. It allows, through special joints, gearboxes, clutches and inverters, the rotary motion of the propeller shaft. It is a metal disc (iron or cast iron) that serves to store the kinetic energy produced during the only useful phase of the engine (burst-expansion), and to transfer it evenly to the other phases to obtain a smooth motion. The flywheel therefore serves to win dead spots. The inner part of the flywheel is toothed for the housing of the starter motor pinion.

Injectors are systems that synchronize the injection of fuel into the cylinder. The fuel introduced is pulverized and, in contact with the air of the bursting chamber (which in the compression phase reaches about 600-700 °C) causes the so-called expansion phase, also improperly called the burst or explosion. The pipes of the injectors, which carry the fuel, must all have the same length, in order to avoid misalignments in the injection. For this reason, the pipes that reach the injectors on the heads closest to the pump are sometimes wound on themselves.

It is the heart of the diesel engine, has the task of bringing the diesel fuel to the injectors by raising the pressure of the fuel to allow it to enter the combustion chamber. The injection pump is connected to the distribution (sometimes also by a shaft or axle), with a certain synchronization with the crankshaft and the camshaft. The synchrony of these engine bodies is called “phase”. Operating pressures range from 150-200 bar for pre-chamber engines to 1800-2000 bar for injector-pump systems.

SEABOB F5S WHITE CAM
Salerno
10,000.00€
Seguire Instagram
PrevPrecedenteWhat is the Can Bus and how to place the batteries on board
SuccessivoWe tested the Capelli Tempest 38 with two Yamaha F375 XTONext
In evidenza