Seven inflatables used to fly at over 50 knots 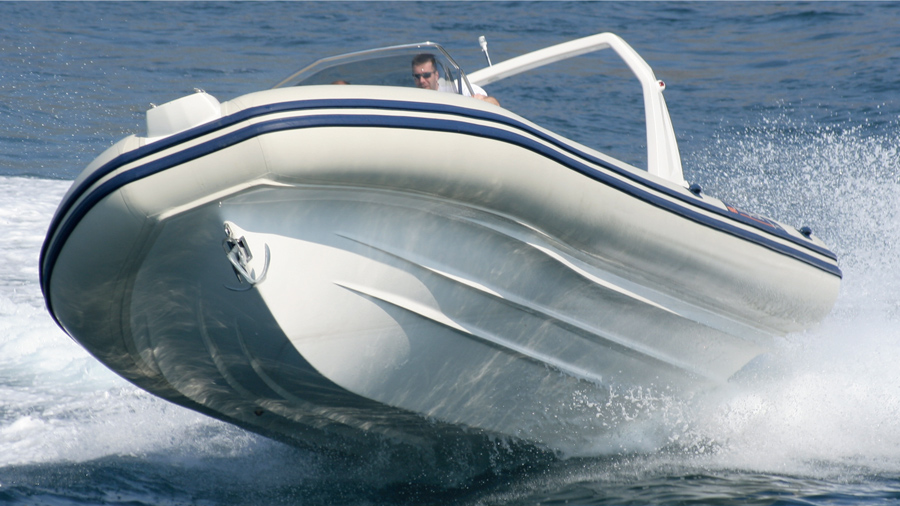 Whether they are cabined or open, with outboard or inboard engines, today’s inflatable boats are faster and more reliable. Already with a seven and a half meters, it is possible to exceed fifty knots. And you don’t need incredible power to fly them over the water.

I’m the emblem of how boating has changed in recent years. In addition to the comfort and safety features that have made them the ideal solution for families, today inflatable boats add the ability to easily surpass 50 knots of speed. Often their hulls are derived from those of models used in competitions, with one or two longitudinal redans that increase their performance and improve their manoeuvrability and with particularly accentuated V. As the size of the inflatable boats has increased, so has the power they are able to withstand. But already with models of just over seven metres and up it is possible to exceed the “fateful” threshold of 50 knots.

Which motorization is installed

What distinguishes the different models is the type of motorization chosen, usually divided between outboard and inboard. The choice is mainly dictated by the tastes of shipowners, since the powers are now equal. In practice, those who choose the inboard can usually count on a very large sunbathing area aft, to hide the engine cove, although by now almost all yards that offer inflatable boats with outboard have found special solutions to transform the cockpit into one large sundeck. However, don’t just think of models that when they were presented, about ten years ago, presented what was a futuristic layout, such as the BWA 40 WL. Even “classic” cutting models like the Capelli Tempest 1000 allow you to enjoy great speeds in complete safety. With two Yamaha F300 outboards of 300 horsepower each, when it was tested by Motor Boats, this ten-meter yacht easily reached a top speed of 53.2 knots. And with sea size, what’s more!

Let’s see what you can find on the second-hand market in this category. We selected seven inflatables that at the time of their presentation exceeded the symbolic 50 knots. Some are still in production or evolved versions of those presented here. In any case, for performance to be guaranteed even today, it is necessary to check the state of the engines and the boat in its entirety.

Tapered shape and very sporty lines for the Alson Charme 43, one of the first and most elegant maxi inflatable boats to appear on the market. The shipyard offers its know-how to help the owner in the choice of outfitting. 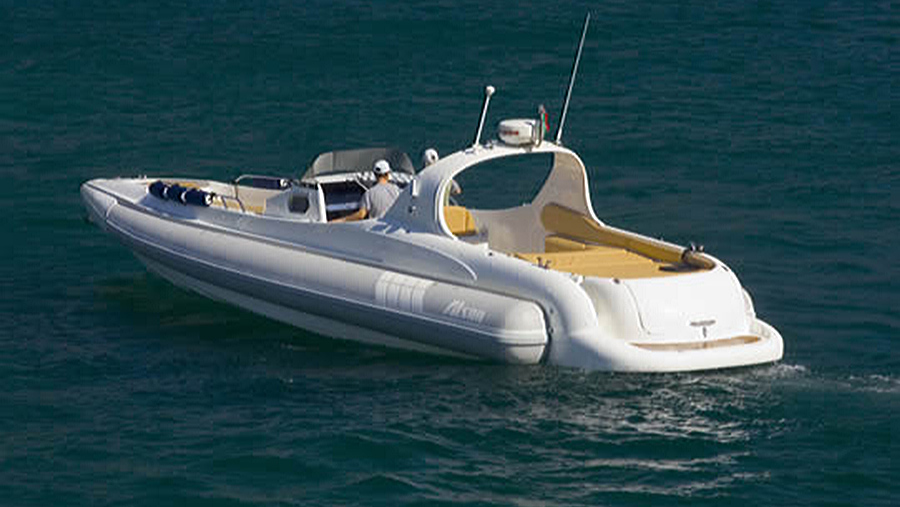 Great performance and handling for an inflatable boat that stands out for a particularly usable deck layout. You can see that the large bow sundeck is well sheltered from the high bow nose. 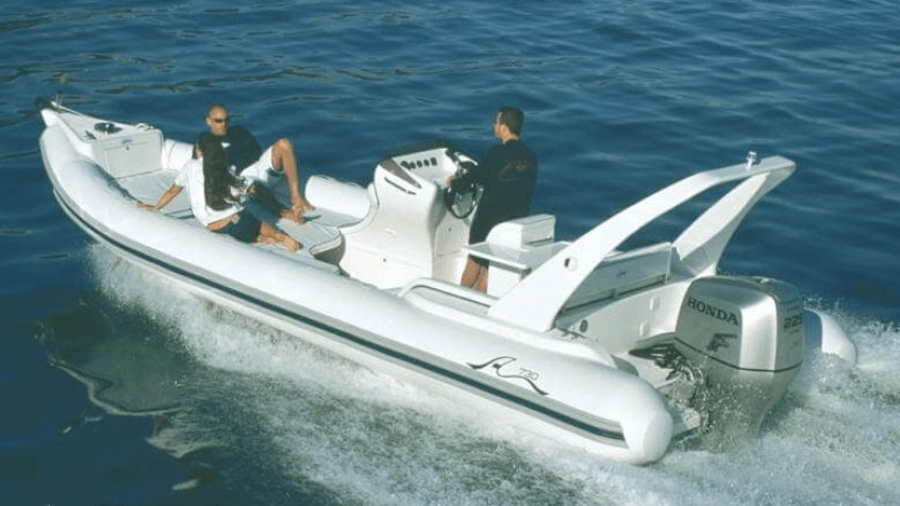 One of the most innovative inflatable boats of the early 2000s. The BWA40WL still has a futuristic design, characterized (in the models that are equipped with it) by the particular rollbar that is connected to the steering console. The engines are hidden under the individual sunbeds placed behind the cockpit sofa. 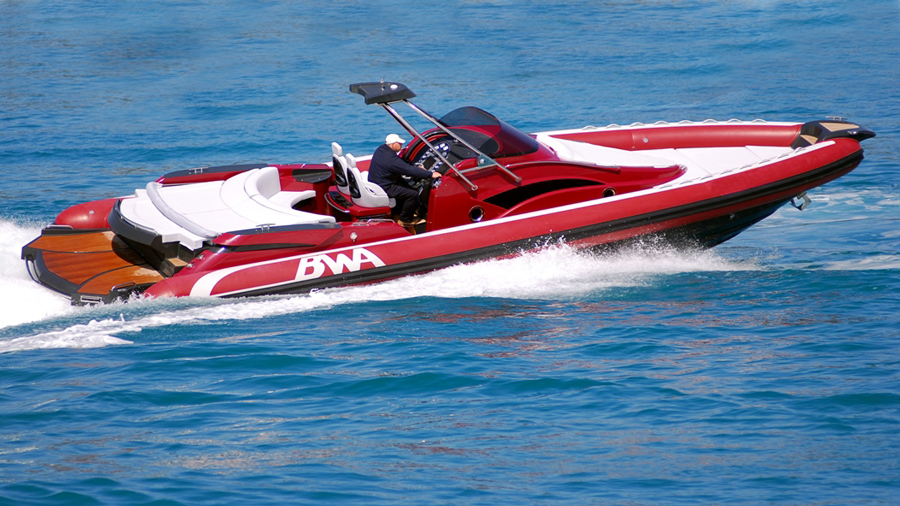 The large cabin below deck and the speed it is able to reach with the maximum engine power of 700 horsepower make it suitable for those who want to go on a cruise. It is also available with two 300 horsepower engines. 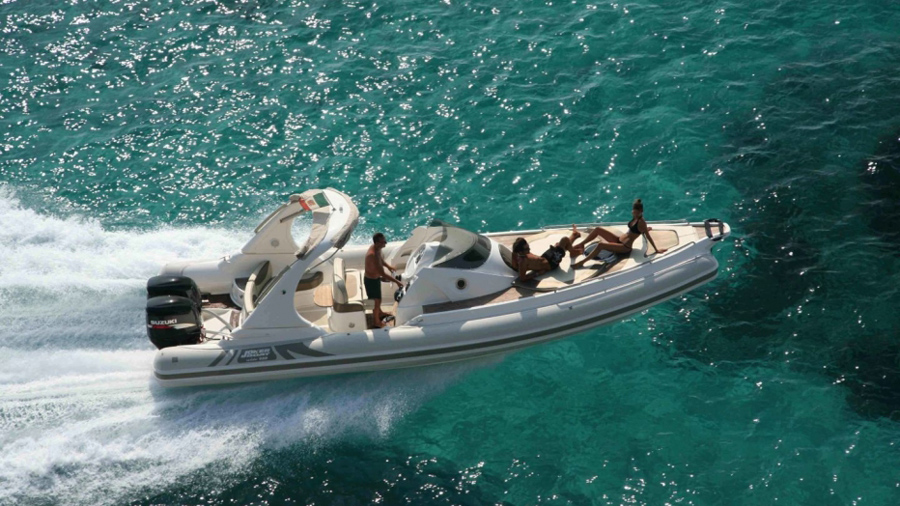 Typical example of maxirib Warehouse. Particular the windscreen, which completely protects the cockpit, where the two wrap-around positions for pilot and co-pilot stand out. 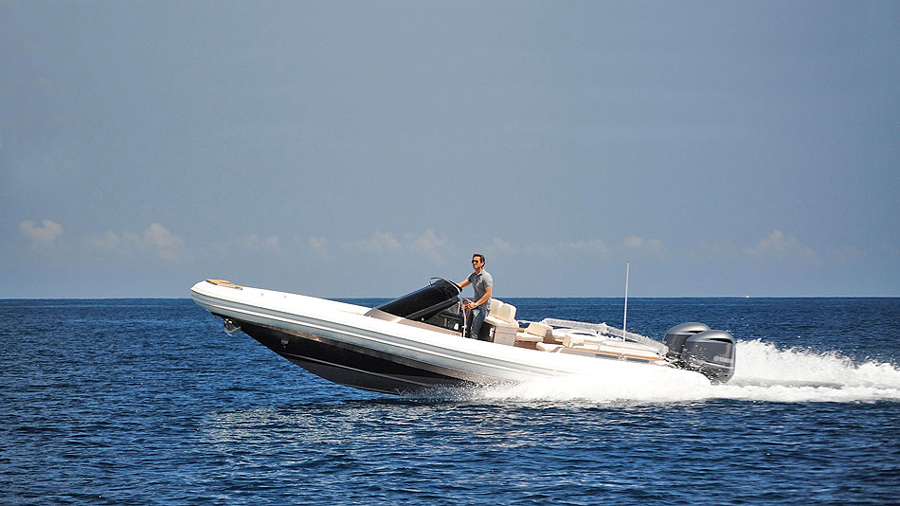 It is the largest model exclusively distributed by Italmarine and indicates the new Sacs style: an elegant blanket developed around the particular central console, served by a backrest for pilot and co-pilot. 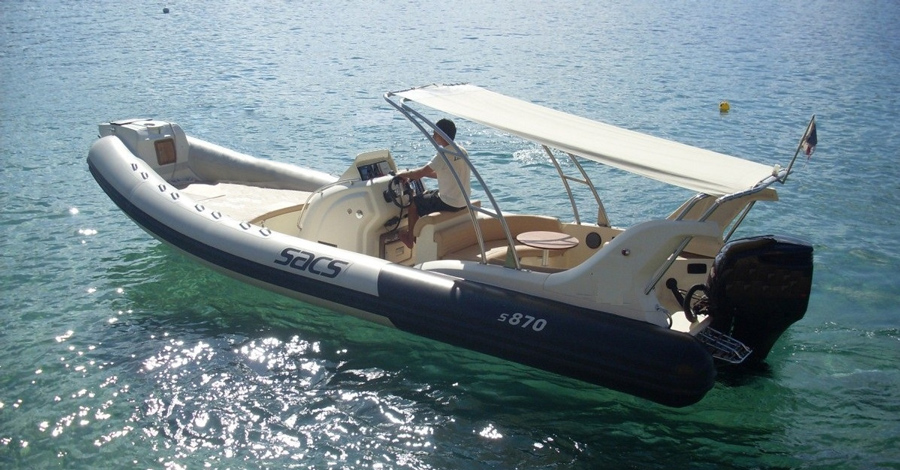 The former flagship of the Capelli production can carry up to 20 people, with a deck layout where the circular sofa in the cockpit stands out. The hull takes advantage of two marked support skids on each side. The cabin, located inside the console, houses a refrigerator and the toilet.

SEABOB F5S WHITE CAM
Salerno
10,000.00€
Seguire Instagram
PrevPrecedenteHere’s your First Look to the New Sacs Strider 15 at Sea
SuccessivoSergio Davì from Palermo to New York on a rib: all the dataNext
In evidenza