Is Molls the new Sardinian resort designed by Massimiliano Fuksas

“Art doesn’t teach us anything apart from the meaning of life” declared Henry Miller. It certainly feels like the meaning of life is encapsulated between the walls of the “inhabited sculptures” designed by Massimiliano Fuksas for Is Molas, a golf resort on one of most spectacular stretches of Sardinia’s south-western coastline about 30 kilometres outside Cagliari. 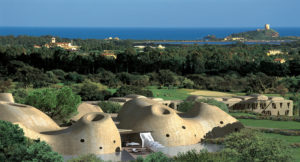 Perched on the border between Santa Margherita di Pula and Capo Teulada, the complex is an homage to the area, its history and its nature. 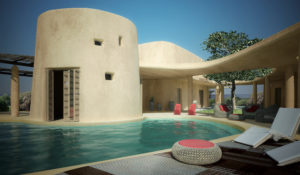 “Is Molas is an experimental project and that experiment involved trying to work with the elements themselves, with wind erosion and nature,” says the archistar who heads Studio Fuksas with his wife Doriana, who is also an art historian. “That’s why the project looks eroded, like it was shaped by the wind. The local area is the primary element, so the buildings were developed by adapting them to the natural lines of the mountainous landscape”. 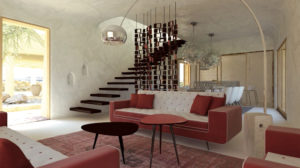 Fuksas has created four different villa types for the resort Fuksas (Villa Palas, Villa Luxi, Villa Nea and Villa Arenada), each one of which is unique in terms of its shape, dimensions and finish. 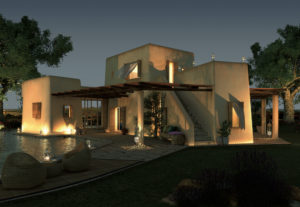 The villas are also genuine examples of bioarchitecture as they are built using predominantly natural and locally-sourced materials.   “We essentially created a new geography with Is Molas,” continues the architect. “Everything slots perfectly into the landscape and is open to dialoguing with the Mediterranean light and the remaining traces of the area’s civilisations. 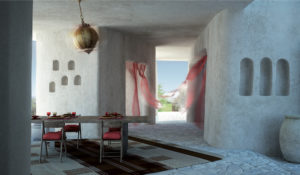 The villas don’t follow any rigid alignments and a specially-designed colour palette allows them meld with the landscape. In fact, the surfaces were selected by studying the surrounding earth and stones. Hence the use of “rough” plaster work and natural pigments. The slab stone used also harks back to Nuraghe architecture.” 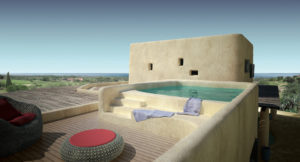 Each home is climate-controlled using radiant floor panels and wall-mounted dehumidifiers so that it is never too hot in summer nor too cool in winter. The exterior finish is cocciopesto (a mix of crushed brick, lime and sand used in Roman times that produces a concrete-like substance, ed.’s note). The indoor floors are made from natural and enamelled terracotta or Mortex while the interior walls are finished in pastel Tadelakt. In the words of Fuksas the result is “is a silent, exclusive oasis in which broad green ridges run down from the Parco Montano reserve and extend out to the golf courses in a continuum of nature and homes”. 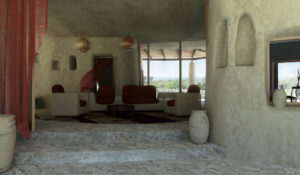 The project also encompasses a five-star hotel, a private beach club, restaurants and boutiques, a spa and a kids’ club as well as sports facilities such as tennis and basketball courts,  five-a-side football pitches and beach volleyball. 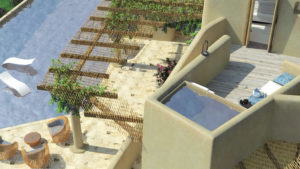 All the villas (the first four of which were completed in July) are spread out across an area that ranges from hilly and panoramic to the 27-hole Gary Player golf course. “Is Molas was conceived for doing things on foot, going for long walks to places very few others every go, but also for sharing time with others and enjoying the remaining traces of a civilisation that is ancient but always focused on a vision of the future”.

Interest in electric boats at this time is very high. Candela demonstrated this in late 2021 with the C-8, an electric boat with foils (priced from 290,000 €) that sold as many as 60 units in one month(read more here).