A leopard can’t change his spots says a proverb, but this probably does not apply to boats. And it only takes four years of work to change from a port tug to a fully-fledged pleasure boat.

This is the story of Baltic, a tugboat launched in Norway in 1962 for Esso Petroli that this year, in 2019, will come back to life at the end of a long process of restoration directed by Mario Quaranta’s Sibma Navale di Imperia. After years and years of abandonment the boat was reduced to these conditions, although already in 2011 one had bought it with the aim of transforming it into a pleasure craft. The turning point came in 2014, when the recovery project was completed, at La Ciotat and started the process of conversion following the original plans of the boat found among the equipment on board.

From tug to yacht? Here’s how

Sibma’s experience in the restoration of boats was the starting point from which the work began. The first test carried out was on the plating, 10 mm steel sheets welded. The strength of the hull was carefully analyzed as serious structural damage could have compromised the entire operation.

Thanks to these tests, the most oxidized areas were highlighted where the plating was replaced for a job of about 60 tons of sheet metal. In 2017, three years after the start of work, Baltic was remotorized with two 600 hp Man engines each to allow it to sail to Italy to Imperia.

The interiors of Baltic

The difference between a yacht and a tugboat can also be seen in the interior. Below deck this boat is equipped with two cabins with toilet for the crew aft on the lower deck adjacent to the kitchen, a pantry, engine room, laundry room and workshop room.

Like every yacht worthy of the name, the main deck houses the saloon, three double cabins for guests and a quadruple cabin, all with bathrooms. On the upper deck is the owner’s cabin, full beam, very bright thanks to six large portholes original of the time. The captain’s cabin is near the helm station, next to the solarium. 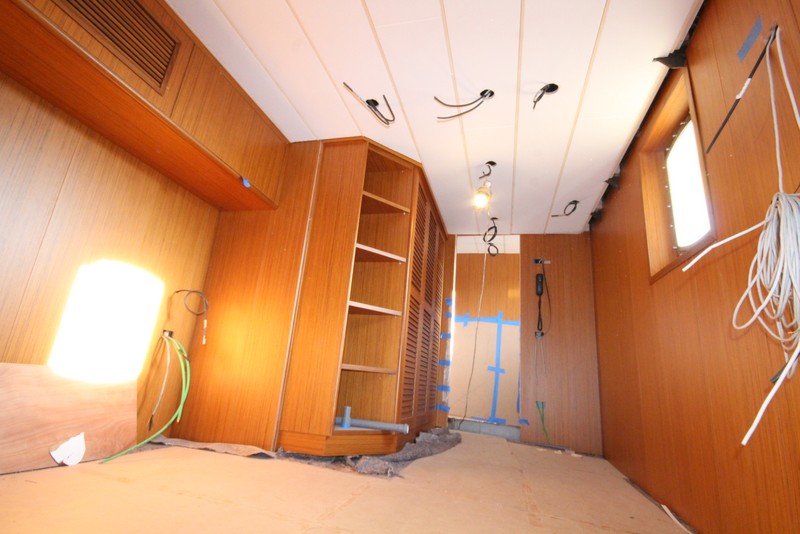 The interiors, furniture, flooring and cladding are made entirely of teak as are the external handrails. For the flooring of the exteriors, the material used was Esthec, a synthetic product patented by the Netherlands, which has the advantage of not heating even with 40 ° of sunshine, is watertight and does not require maintenance, as well as being workable as wood.

2 thoughts on “Baltic, from tugboat to 26-metre pleasure yacht”