Top Yacht Design magazine has drawn up the top 15 of the most significant mega-tenders (or day cruisers) of the moment, outlining the evolution of this type of boat.

The legendary English yard Princess is another new arrival on the scene, very clearly showing it had set its sights on the segment when it presented the first model in the new R series. Developed in partnership with BAR Technologies and Pininfarina, said 35’ open is built entirely from carbon-fibre and also debuts the Princess Active Foil System (AFS). An unusual hull configuration combined with the foils and an engine set-up comprising a pair of V8s means it can make speeds of up to 50 knots at will. Another interesting new face in the segment is Cranchi which called in Christian Grande to pen its E 26 Classic, another boat that ticks all the megayacht tender boxes. Staying here in Italy, the Cantieri del Pardo added to its motor fleet with the presentation of a new 50 footer which, in terms of features and design philosophy, is also idea maxiyacht tender fare. Nonetheless, that great stalwart of Italian craftsmanship and design, Perini Navi, even went so far as to design the 25-metre Eco Tender. The original commission came from the owner of a 50-metre sailing yacht also built by the Viareggio yard who wanted a generous support vessel with a hybrid engine so he could explore protected areas and reserves.

But when it comes to innovative designs, the Nauta Tender 48 deserves a very special mention. Built by Maxi Dolphin, this impressive boat was tailored to the specific needs of a 40-metre megasailer owner. It’s a revolutionary boat from a whole slew of angles. “The need was for a chase boat that would also act as a support vessel to the larger one in all conditions,” comments Nauta Design project manager Martino Majno. “The most fascinating part of the project was coming up with a design that married style and function,” continues Majno. “A versatile boat that is still self-sufficient enough to embark on mini cruises to areas close to where the larger vessel is located.” The Nauta Tender 48 also has super-sized tanks so that it can refuel the owner’s 440-metre sailing yacht. If needs be, it can even provide power for the onboard hotel services. “We did a lot of research into the waterlines with a strong focus on hull efficiency and on shortening the time to planing as much as possible,” continues Majno. Efficiency and lower fuel consumption hand in glove with a comfortable ride and stay aboard.

Very difficult factors to reconcile: the need to be able to plane at the lowest possible speed pushes designers towards a very low deadrise angle aft but only a deep-vee hull can deliver superior seakeeping in all kinds of conditions. “We gave the owner what he wanted by doing a lot of CFD work and simulations at the Marin naval tank in Wageningen in Holland,” adds Majno. The Nauta Tender 48 thus has forward-raked glazing to solve the issue reflections on the navigation screens in night-time passage making. It is also powered by a couple of water jets to keep its draft to an ultralight 0.81 centimetres with the result that it can confidently glide through shallows. Last but very far from least, its stempost has also been reinforced with several layers of Kevlar.

Wally is the king of the megatender sector. The open Wallytender X packs three Mercury Verados which unleash a razor-sharp 60 knots. 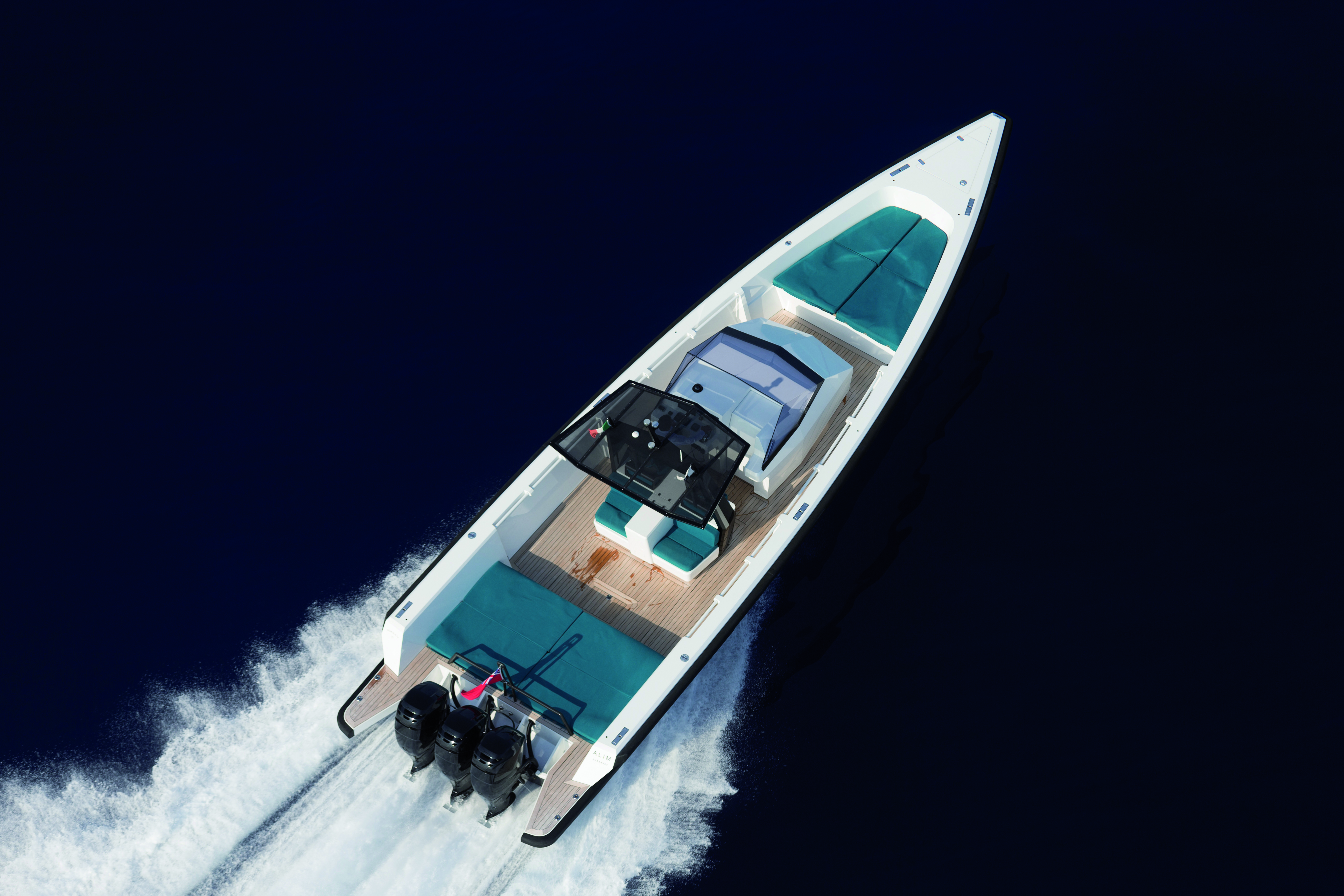 Central Control version of the 42 from Austin Parker makes a sublime dayboat and an effortless tender.

Straddling both the tender and the chase boat segments this 25-metre was splashed as a tender for a Perini sailing superyacht.

Despite its cabins, this 16-metre too was designed as more of support boat for a megayacht than a daycruiser. 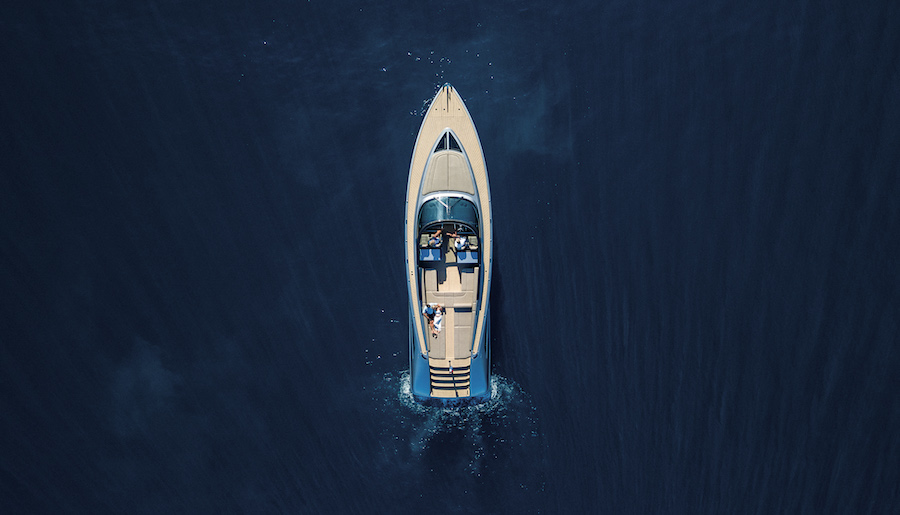 Coming hot on the heels of the hugely successful Pardo 43, of which more than 30 sold in a single year, the Pardo 50 is a 16-metre that works equally well as a day cruiser or a family boat for short cruises, thanks to two cabins below decks. When it received its world premiere at the Cannes Festival, it instantly proved it was the ideal support boat for sailing and motor megayachts. Its deep-vee bottom has variable geometry (16° aft, over 50° in the bow sections) which translates into excellent sea-keeping prowess combined with superb maneuverability and thus safe, fast planing. The Pardo 43’s cleanly modern and captivating lines are the work of Zuccheri Yacht Design. It can also transport up to 20 people so it looks like the second model in the Cantiere del Pardo’s motor line is going to be a massive hit on the mega tender market.

Barche a Motore is at the newsstand, on iPad, iPhone

and on all the tablet and smartphone Android.

DON’T LOSE ANY NUMBER AND SAVE