11 eternal motorboats according to the designer Massimo Picco

Massimo Picco (born in Verona in 1973) is a naval architect who, with his studio, has been designing sailing and motorboats since 1994.

Motor boats, yacht, tender, dinghy, fisherman… there are so many or rather too many definitions that want to group or narrow a field to better define and present a product; which is why it would be nice to get out of these schemes that ultimately limit us, defining a sort of classification that is not really such. It is better to define it as an index that represents the first 10 immortal boats (plus one). That is to say the motorboats that occupy a space in my memory and that represent references for me.
Never as in this case has the name “Motorboats” been more appropriate, it includes and summarizes all the next 10 choices. 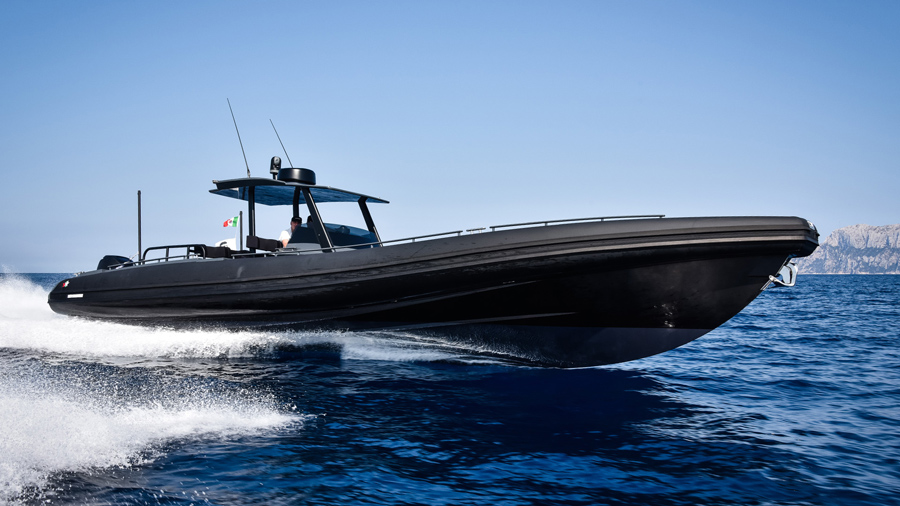 When functionality becomes aesthetic and navigates perfectly, the limit of having no shelter below deck becomes a brave choice of those who understand what they need. A model derived from the Professional version used for work is an example of simplicity and safety. It is not a tender, it is a real motor boat. If it were made of wood it would be an Aquarama, but it is made of “plastic” and rubber… but who said that “plastic” and rubber are not as noble; in the end, it all depends on how things are made! 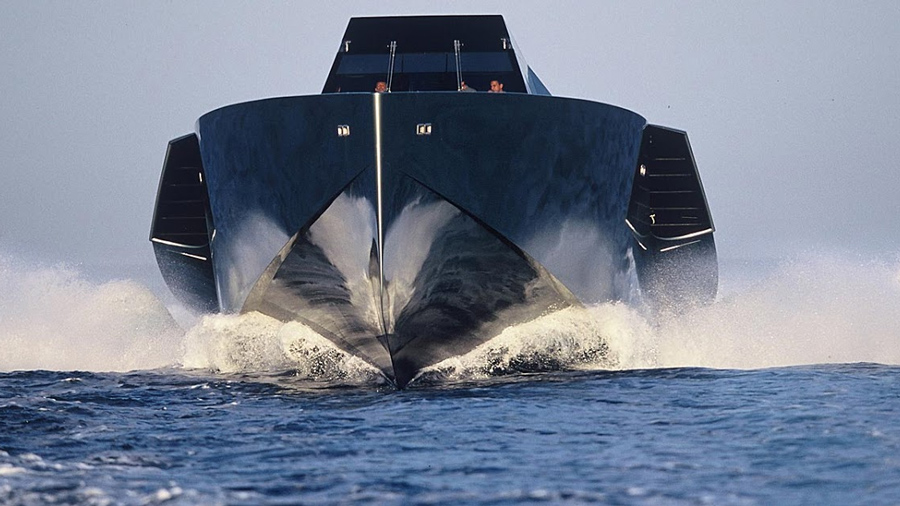 Disputable and daring, it represents the breaking of the schemes; not everyone likes it and many people dispute it because it is useless, on the usefulness of “Motor Boats” a debate could be opened and some lustres would not be enough, however it is impossible to remain indifferent to such a presence of shapes and materials so well fused in a single project. A boat with many unique characteristics, in which the verticality of its bow is only the last of its peculiarities.

The Fiat 500 of the sea: small economic, but concrete, somehow complete and refined. An industrial product whose strong point is its proportions; sometimes on these dimensions you risk over booking, overloading the general design and deforming the proportions. In this case in Chris Craft they managed to make with apparent simplicity a small complete motorboat, not by chance that the market has rewarded it over the years and represents for me the icon of that brand, still produced and sold today. 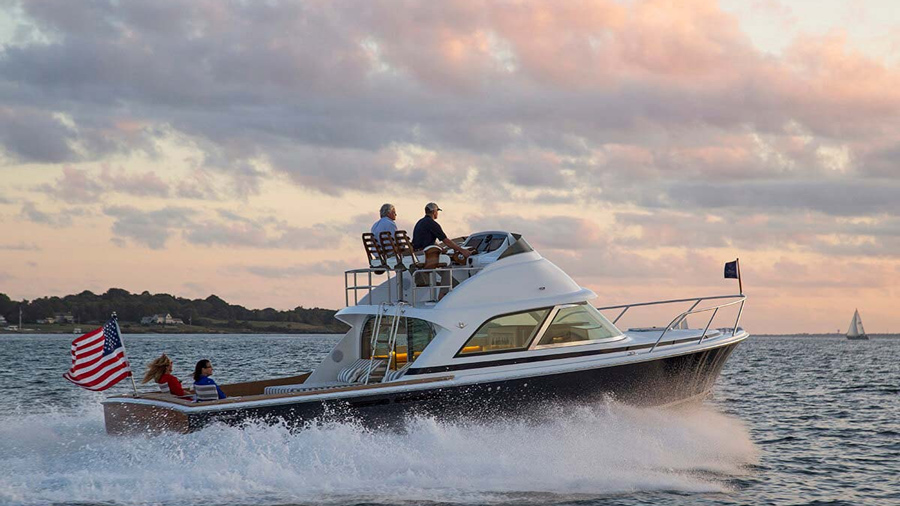 Evolution of the most famous 31′, the fisherman of the 60s, Hunt hull, produced for more than 20 years in 1860 units. Another icon of the American market, as for the Chris Craft, also for Bertram it is a model with a noble past a “small” cabin boat for fishing and pleasure boating. Today re-interpreted preserving the spirit of the first model. 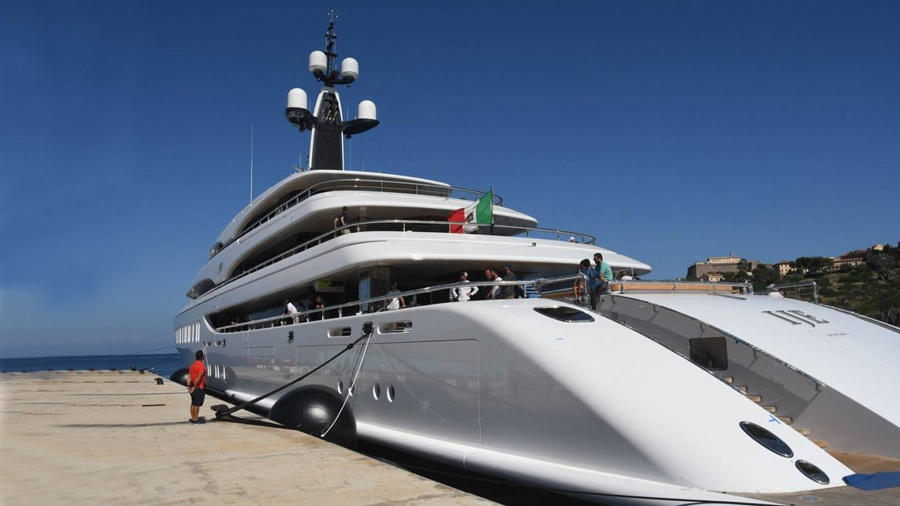 Aft moored in any self-respecting marina you can always find them. The man in the street calls him “Yacht”, then you find out he’s a Benetti. Viewed from the stern, it’s hard to see how long they are; wide, tall and imposing, the interiors are synonymous with luxury; an elegant classic that never tires you out. 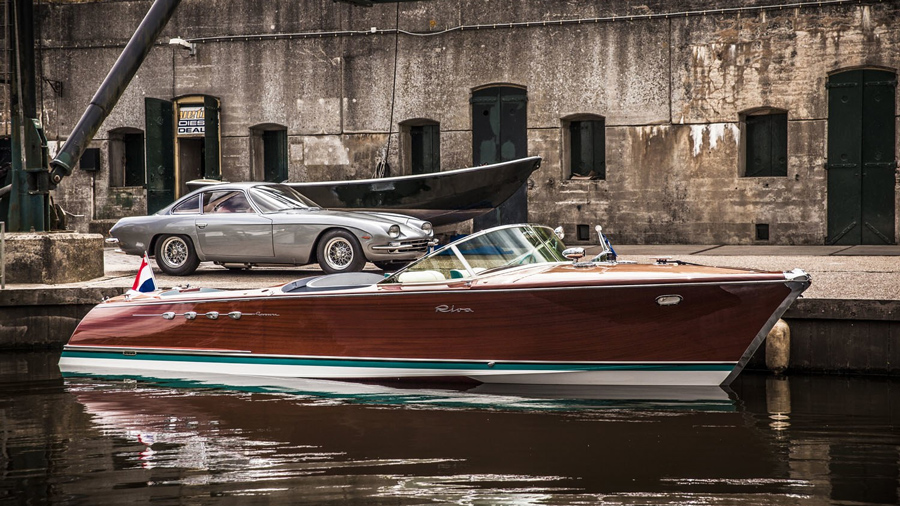 Maybe with her in the waves of the sea you don’t really feel at ease; designed for the lake, it’s nice to see her sailing right there, where she was born.
Refined and delicate, it is still today the only boat that comes closest to the car world, a difficult design theme that many people aim at. But the Riva Aquarama is still the only one. 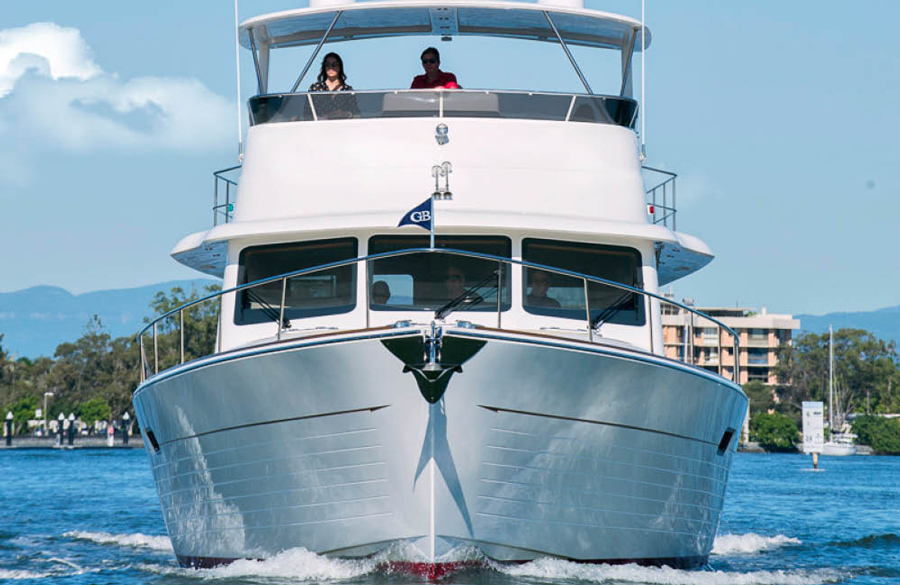 When we think of a shuttle today we see many interpretations on the subject; but beware that “Shuttle” does not mean: I am content to go slow because I want to consume little. That’s why everything that is powerless becomes a shuttle. Wrong! First of all, speed is synonymous with safety and you realize this only when you find yourself in extreme conditions without being supported by the right power or sufficient speed to avoid the worst. For these reasons, I would bring more respect for the term “Shuttle” and respect for those who made this, a project limited to certain scenarios where a Grand Banks shuttle seems to be part of the surrounding landscape. 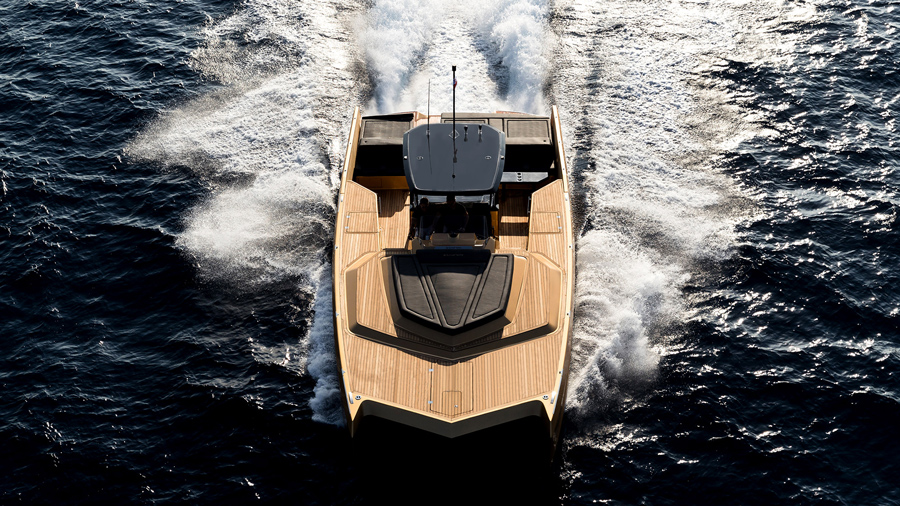 An innovative project, where an attempt was made to explore a new naval architecture, that of the motor catamaran. Once intended only for “dangerous speed”, today the motor catamaran becomes perfect for pleasure, but still remains anchored to the forms of the sailing catamaran without the sail.
Interesting and to study, especially in a charter key… see you later. 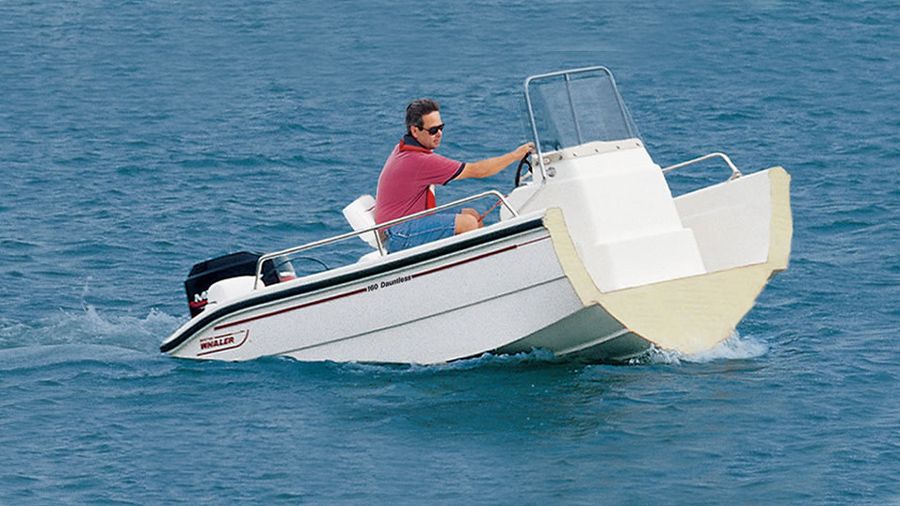 Taleting the famous hull that has made the history of the Boston Whaler brand, the image below seems a provocation, in reality, it is a way to pay attention to a construction system that is identified with the Boston whaler brand; the construction system you see in the image has not actually had a particular success, unlike the boats of the Boston whaler brand that instead of success have had it. In reality today there are new materials and construction technologies that could take up a similar concept, updated and revised could be perfect for some categories of small to medium-sized motorboats. 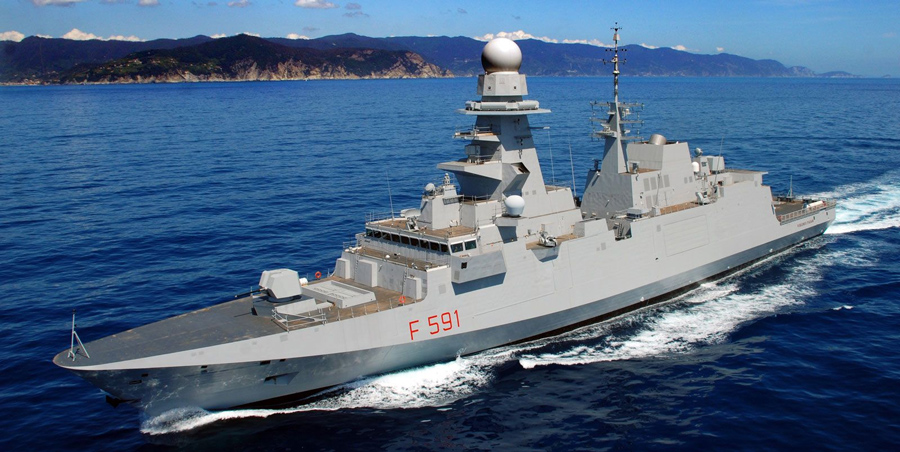 The FREMM, also known as the European multi-mission frigate is proudly a memory and at the same time an experience, of what I could tell you, but then I should…Armaments and military systems aside, the 140 meters reach 30 knots and face all sea conditions. The style has already inspired and will inspire a few giga yachts that we can find at anchor in some roadstead in the Mediterranean. I believe it represents an example of Italian excellence in Europe and the world thanks to our Navy. 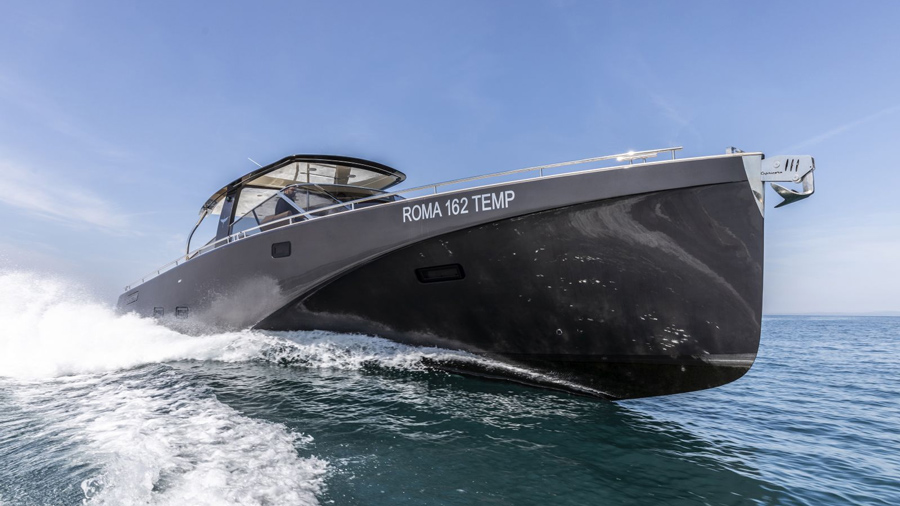 Take all boats, from 1st to 10th position, shakerate but do not mix, and here comes my motor hull. It’s the only one I can draw. They say it moves well between the waves, without disturbing them too much. 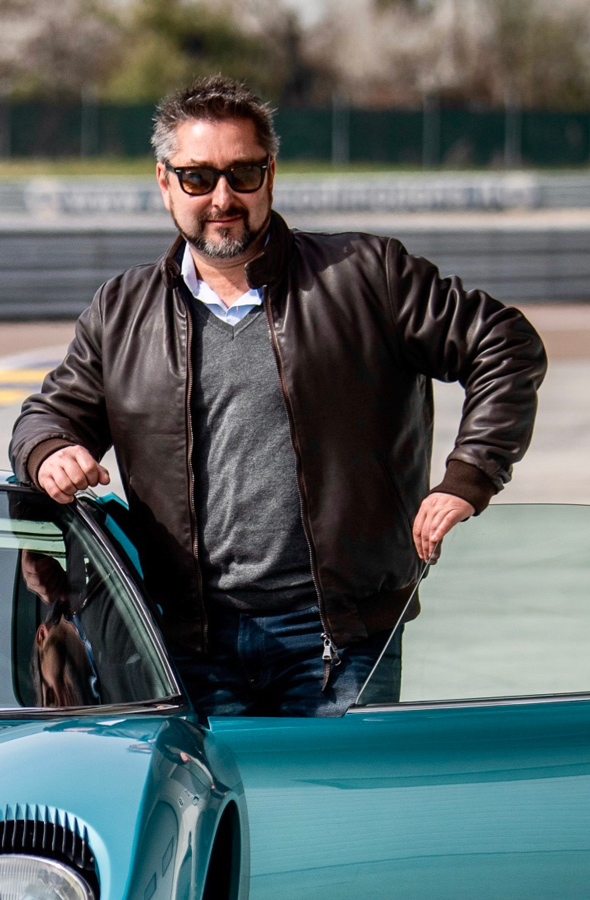 Massimo Picco (born in Verona in 1973) is a naval architect who, with his studio, has been designing sailing and motorboats since 1994. As well as dealing with design in a much broader sense, he also works with cars and furnishing accessories, just to mention two activities that are functionally quite distant. Intelligently disrespectful of the status quo, he has always wanted to have his say with his works, without flattening himself into fashion. This is what he has chosen in his Decalogue of Immortal Boats.

There are no ads matching your search criteria.
Seguire Instagram
PrevPrecedenteFjord 38 Xpress with Outboards: a Very Open Boat
SuccessivoCandela 7.5 wins the Foiling Week Awards in the Motor Boat categoryNext
In evidenza 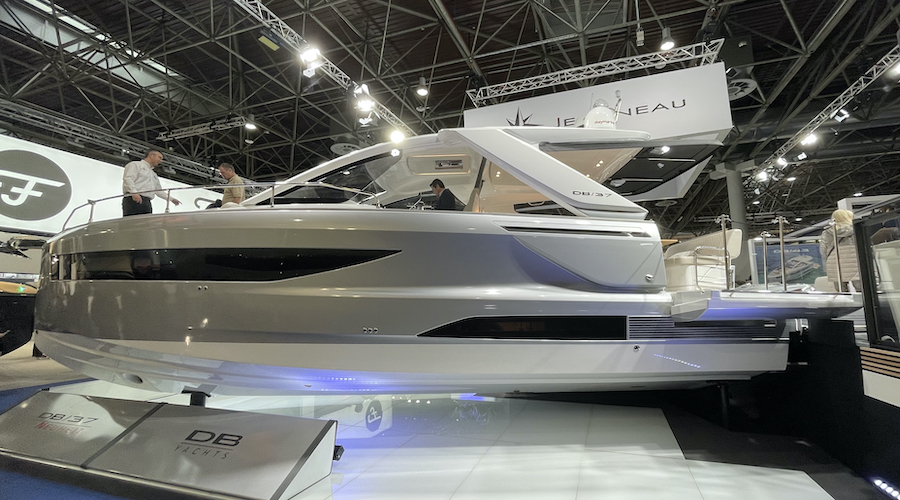 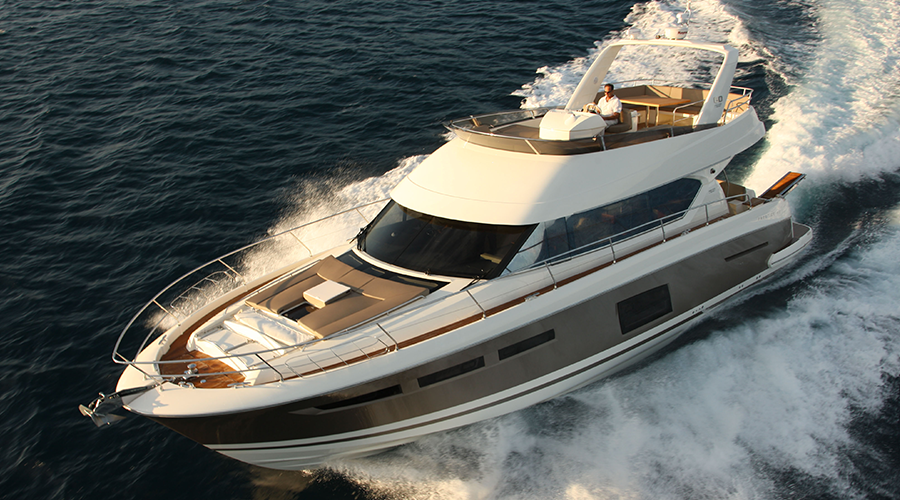 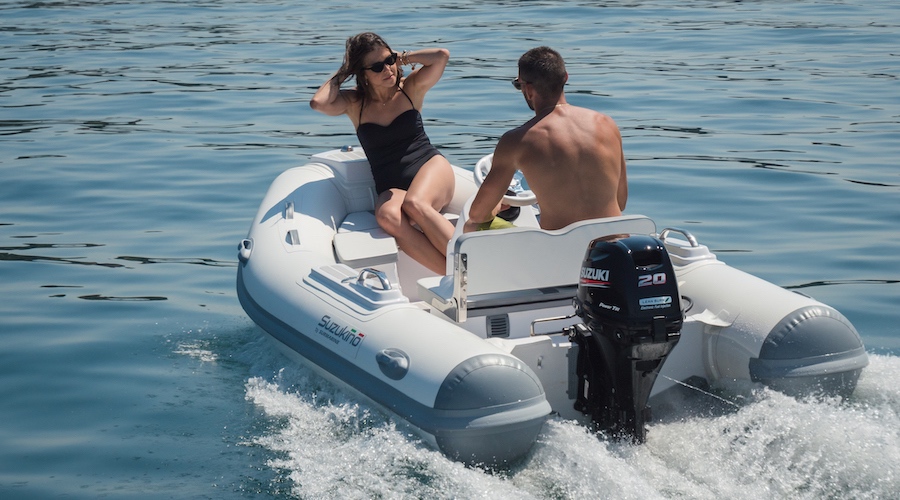